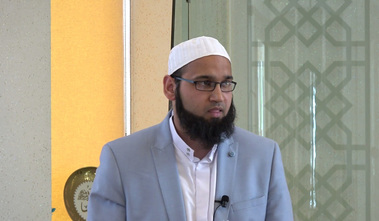 Shaykh Imran Muhammad attended Jamia Al-Karam in the year 1995 where he studied GCSEs and A-Levels. After his school and college education at Jamia Al-Karam he embarked on his journey in studying the Qur'anic sciences under Dr Bashir Ahmed Siddiqui and Shaykh al-Hadith Mufti Fazl-e-Subhan al-Qadiri al-Bindyalvi. He then travelled to the University of Al-Azhar in Cairo, Egypt, where he studied in the Faculty of Theology and specialised in Hadith. He also enrolled in ILI Cairo where he furthered his study of modern standard Arabic.

Upon returning to the UK from Egypt he enrolled at the University of Chester where he initiated his second degree in Muslim Youth Work.

Currently he is working as a Muslim chaplain at HMP Strangeways.