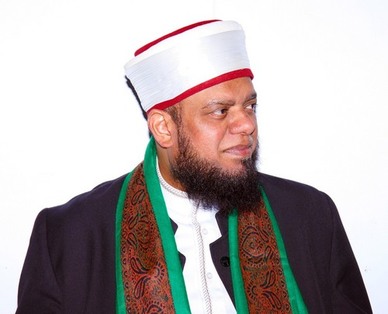 Shaykh Faisal Hamid Abdur-Razak lives in Brampton, Canada. From 1977 to 1986 he studied in Saudi Arabia, first at Umm al-Qurra University in Makkah, then at King Abdulaziz University in Jeddah. He also studied at York University, Toronto, Canada.

After completing his studies in Saudi Arabia in 1986, he returned to Canada where he became actively involved in Islamic Da`wah and education. He served as Imam / Khatib of several Masajid and Islamic Centres including the Islamic Society of Peel, the Islamic Centre of Brampton, and the Toronto And Region Islamic Centre (TARIC).

He has lectured on a wide range of Islamic topics to gatherings in many countries including Canada, U.S.A., England, Germany, Norway, Pakistan, India, Saudi Arabia, Jordan, Palestine, Turkey, Syria, Guyana, Barbados, and Trinidad.

He has to his credit more than one hundred titles recorded on Audio and Video Cassettes.

When Shaykh Faisal is not teaching, counselling, and engaging in Da`wah locally and internationally, he spends a great deal of time writing practical books for the benefit of ordinary Muslims, teachers, and workers in the Muslim Community. His published works include: