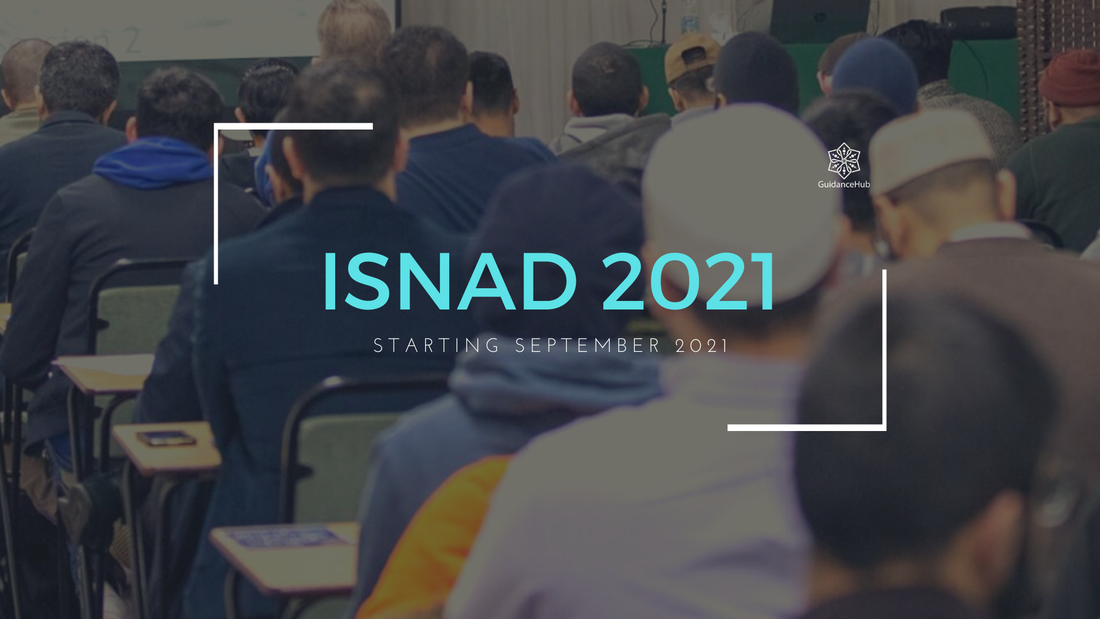 ISNAD is a contemporary Islamic education provider. Our aim is to help Muslims worship Allah correctly, increase their love and attachment to the Prophet Muhammad  ﷺ and to become beacons of lights in their communities. The ISNAD teachers & team endeavour to provide the best platform to educate all those who choose to study with us.

​We understand that intellectual and personal development can be difficult, so we have designed courses which take our learners on a gradual journey of discovery and self-development; one step at a time. From the beginner wanting to learn the basics of Islam to the advanced student of the Liberal Arts, ISNAD is able to support each individual’s intellectual and spiritual growth.
Islamic Studies For Everyone
This course is for students seeking to deepen their understanding of Islam and build on their foundational studies. We will cover a variety of units which explore aspects of Islamic finance, doctrine, poetry, take a look at halal & haram and study the Prophetic Character.​
1. Prophetic Characteristics
​
Introduction
Muhammad: The individual who Allah adorned every beauty; inner and outer, hidden and apparent, subtle and manifest. Some companions said that his face was brighter than the moon, while others found no words to describe him except, “we did not see anything like him; not before him, nor after him.”
This is his outer form and physical appearance which left nations in awe. What about his inner beauty and character? Allah Himself declares in the Quran, ‘And indeed you [Muhammad] are upon an immense character”. [Surah Qalam: 4]
The companions preserved every intricate details about both these aspects of the Prophet , from his physical features to his noble character. In this course, we take a journey through several narrations (hadith) known as Shama’il Muhammadiyya.
Unit Aims: What will I learn?
You will learn about: What will I achieve?
By the end of this unit, you should be able to:
​2. ‘Letter to a Disciple’ - Ayyuhal-Walad of Imam al-Ghazali

​Introduction
An old disciple of al-Ghazali (1058–1111 CE) had studied the Islamic sciences, including the many works of his master, for most of his life. Faced with the proximity of death, he turned to his master, this time asking for a summary of all his teachings. Letter to a Disciple is al-Ghazali’s response. The emphasis in this short treatise is on religious and spiritual action and on putting into practice the knowledge that one has acquired.
We will cover these timeless pieces of advice and hope to engage on a spiritual journey ourselves. Taking a closer look at some important themes such as sincerity, companionship, intentions, spiritual training and more.
Letter to a Disciple can be considered as the last testament of he who is regarded as Hujjat al-Islam, the ‘Proof of Islam’.
​
3. Critical Thinking – The Role of Logic in Islam
​​
Introduction
Have you heard of the Translation Movement? Well, it was a Muslim Movement during the ninth century with its capital in Baghdad. It involved several Muslim scholars dedicating their efforts to preserve the tools of thinking; the intellectual instruments which built civilizations.
Logic is one of those instrumental sciences which the Muslim scholars preserved but also refined it to suit their Islamic needs. In this unit, within 10 weeks, you will be learn about the major themes in Arabic Logic and more importantly, how you can utilise it to benefit in everyday life or in academic study.
Learn how to, think critically, identify flawed arguments, how to construct sound and valid propositions and much more.
Aims:
What will I learn?
You will learn about:
What will I achieve?
By the end of this unit, you should be able to:
4. Islamic Finance

Introduction
The Prophet said “The honest merchant will be risen with the martyrs on the Day of Judgement”.
Financial dealings are an essential aspect of human life. We are all involved in financial transactions on a daily basis; buying and selling, taking up employment, hiring and leasing, etc.
However, do we know the Islamic regulations and ethics relating to these types of dealings? Are we following the commands of Allah in this aspect of our lives? We all know that unlawful income, which is earned by flouting Islamic regulations, is a sin and has severe spiritual implications from supplications not being accepted to the Anger of Allah Almighty.
This imperative unit comprehensively break down these regulation and rulings for you in an engaging manner. It covers everything you need to know in order to fulfil your responsibilities in financial matters and provides you with a firm basis in the foundational principles, rulings and etiquettes of Islamic Finance.
Unit Aims: What will I learn?
You will learn about: What will I achieve?
By the end of this unit, you should be able to: Apply the rulings of employment, hiring and leasing.
5. Poet's Delight

Introduction
Whether it's Islamic or from other cultures, poetry is one of the most effective ways to tell the world how you feel. Since the beginning of Islam, Muslims have been casting poetry about Allah and His Messenger (peace be upon him), the Quran, divine love, and beliefs. In this unit, you will explore the rich poetic tradition of the Companions, Sufi masters, and Muslim writers, from across the last 1400 years. So join this unit if you want to for in love with Allah and the Beloved Prophet (peace be upon him).
Unit Aims:What will I learn?
You will about:

The course take place on Tuesday Evenings for a period of 30 weeks divided into 3 terms. Each term consists of 10 weeks and each week contains 2 sessions of study. The tables below explain how this is set out and the subjects studied each term:
​ 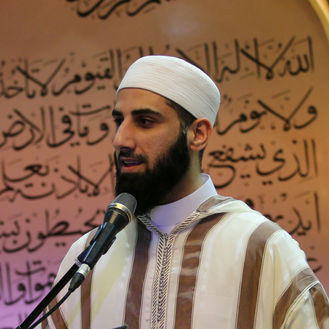 Shaykh Waseem started his search for sacred knowledge studying Arabic in the UK for a more than two years before leaving for Damascus in Ramadan 1426 (Oct 2005) to further his Arabic language studies at the Abu Nur institute.

In 2007 Shaykh Waseem started studying privately under his teachers, Shaykh Ahmad Al-Khatib, a graduate of the Fath institute and faculty of Shari’ah and a Friday speaker in the mosques of Damascus as well as a teacher in various Islamic institutes, and Shaykh Anas Al-Sharfawi, a graduate of the Fath institute, a teacher, Friday speaker and a research scholar. He completed works in Aqidah (Doctrine), Fiqh (Jurisprudence) , Spirituality, Arabic Grammar and Rhetoric.

In 2008 alongside his private studies he attended the accelerated programme at the Dawli Institute for Arabic and Islamic sciences in Damascus. He completed a traditional curriculum and graduated in the summer of 2012. Read more..​